How do I prevent cystitis?

A burning pain in the bladder region and the urinary tract, the constant feeling of having to go to the toilet and the ominous suspicion that it will not be the last time. Many know what we are talking about: a cystitis. But don’t panic! In this blog post you will not only find out how the unpleasant symptoms come about, but also what you can do about it.

How does a cystitis develop?

In the case of a cystitis (acute cystitis) Intestinal bacteria, especially the Escherichia coli that otherwise occur in the intestine, enter the bladder via the urinary tract. This becomes inflamed, with burning pain when urinating, frequent urination and bladder cramps as a result.

Why are women more often affected by cystitis?

That predominantly Women affected by bladder infections has a simple anatomical reason. In their case, the urethra is 2.5 – 4 cm shorter than in men (here 20 – 25 cm). This makes it much easier for the bacteria to get into the bladder without being flushed out. In young women, risk factors include the use of hormonal contraceptives or simply a family history, i.e. genetic factors. In particular, the frequent sexual activity of young women referred to as ” Honeymoon cystitis “, e. B. on your honeymoon or at the beginning of a relationship, pose a high risk of inflammation of the urinary bladder.

Often times, only antibiotic treatment can help with a bladder infection. However, if the bladder infection is overcome, approximately every second gets Woman had another urinary tract infection within a year. But that doesn’t necessarily have to be the case, because there are a few things you can do to prevent the disease.

How can you prevent cystitis?

In general, you should drink a lot to really flush out the bacteria . Emptying the bladder after sexual intercourse helps to get rid of any bacteria that may have entered. Long walks and wearing poorly ventilated and damp underwear can also trigger cystitis. These differ from person to person. If you recognize a trigger, however, it is important to avoid it.

Especially for people who often suffer from urinary tract infections, there are natural methods such as cranberry extract , the natural sugar D-Mannose and the natural amino acid L-Methionine .

Even the native Americans used cranberry juice against urinary tract infections. It is believed that proanthocyanidin – the dye that gives cranberry juice its red color – blocks the bacteria ‘fimbriae (appendages of bacteria that attach them to cells). Some studies show that drinking cranberry juice can cause problems in getting the amount of proanthocyanidin needed for such an effect. However, positive effects seem to be achieved through the use of concentrated extracts. 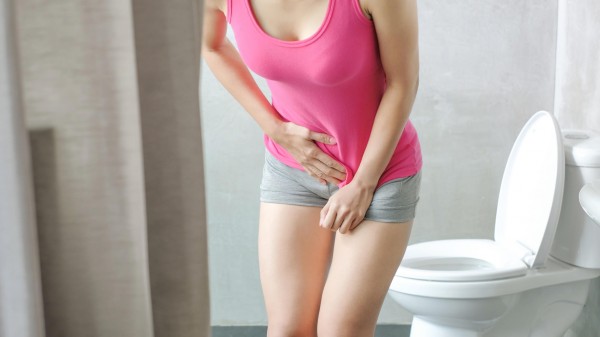 The natural monosaccharide D-mannose is also suitable for the prevention of cystitis, as it – similar to proanthocyanidin – prevents the bacteria from docking on the vascular walls of the bladder. Croatian researchers published a study in the “World Journal of Urology” in which they found that daily intake of D-mannose could significantly reduce the rate of recurrence of urinary tract infections. The effect of D-mannose was comparable to that of nitrofurantoin, an antibiotic used in urinary tract infections. However, the side effects were significantly lower. The strict S3 guidelines on urinary tract infections also indicate that the use of mannose is recommended for recurrent cystitis.

Another method to combat cystitis is Ingestion of the amino acid L-methionine. This lowers the pH value of the urine, which means that the E. Coli bacteria can only multiply with difficulty.

The advantage of these natural methods over urinary tract infection prevention with antibiotics is obvious : Antibiotic tolerances do not develop in the problem-causing bacteria. In addition, unlike treatment with antibiotics, the body’s “good bacteria” are not killed.